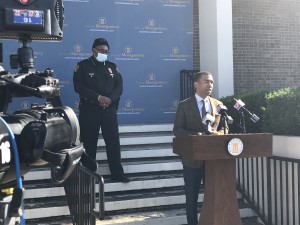 So far, Montgomery has recorded 57 homicides this year. That is much higher than numbers in the mid-30s to mid-40s that the city typically sees in a year.

They say they have been discussing initiatives to reduce violent crime, namely shootings in Montgomery. They say police are  engaging hotspots in communities with increased patrols.

Part of the initiative they are working on is making sure they are proactive in increasing police presence and they will focus on locking up violent criminals.

They are asking for the assistance of the community.

Police are partnering with other agencies and community leaders to fight violent crime.

Finley says police will not be passive in communities that have a history of violent crime.