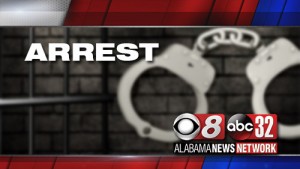 Montgomery police say they’ve charged a suspect with the killing of 20-year-old Tawaine McCullough, Jr. of Montgomery, who was fatally shot on November 6.

Police have charged 40-year-old Demond Parks of Montgomery with capital murder. Parks was taken into custody by the U.S.  Marshal’s Task Force today and placed in the Montgomery County Detention Facility.

On Friday, November 6, at about 2:20 p.m., police and fire medics responded to the 3500 block of Manley Drive in reference to a shooting. McCullough, Jr. was taken to a hospital by a personal vehicle for treatment where he was later pronounced dead.

The circumstances surrounding the shooting are unknown, police say.