The Dallas County Sheriff’s Office needs your help — to catch a thief.

Investigators are looking for the man — who broke into Richard’s Cougar Oil on the 2600 block of Highway 41 near Sardis. 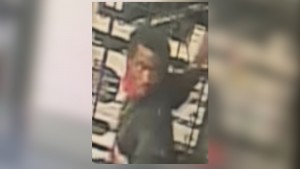 Sheriff Mike Granthum says the burglary happened at 8:15 Sunday night — and the whole thing was caught on camera.

Granthum is hoping someone will recognize the suspect — and contact authorities.

He says information that helps identify the suspect — could lead to some extra cash for the holidays.

“And remember — the saying is — “Crime doesn’t pay, but Crime Stoppers does,” — and that’s true. If you have any information about any crime that’s taken place in the city or county don’t hesitate to call the sheriff’s office or Crime Stoppers. And we’ll be more than willing to take the information and we’ll compensate you for that.”