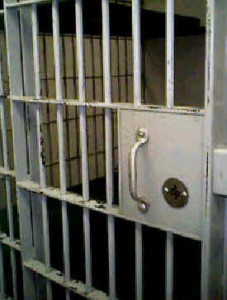 The United States Justice Department has filed a lawsuit against the State of Alabama and the Alabama Department of Corrections in federal court today.

The complaint alleges that the conditions at Alabama’s prisons for men violate the Constitution because the state has failed to provide adequate protection from prisoner-on-prison violence and sexual abuse, fails to provide safe and sanitary conditions, and subjects prisoners to excessive force at the hands of prison staff.

“The United States Constitution requires Alabama to make sure that its prisons are safe and humane,” said Assistant Attorney General Eric Dreiband for the Civil Rights Division. “The Department of Justice conducted a thorough investigation of Alabama’s prisons for men and determined that Alabama violated and is continuing to violate the Constitution because its prisons are riddled with prisoner-on-prisoner and guard-on-prisoner violence.”

The Justice Department said the lawsuit is the result of a multi-year investigation into allegations of constitutional violations within the state’s prisons for men conducted by the department’s Civil Rights Division and the U.S. Attorney’s Offices for the Northern, Middle, and Southern Districts of Alabama.

The department said as required by the Civil Rights of Institutionalized Persons Act (CRIPA), the state was provided with written notice of the supporting facts for the alleged conditions, and the minimum remedial measures necessary to address them in Notice Reports issued on April 2, 2019 and July 23, 2020.

According to the Justice Department, the department has engaged in negotiations for over 20 months with the state without achieving a settlement that would correct the deficiencies identified by the department’s investigation.

The suit seeks injunctive relief to address deficient conditions identified in the investigation. The suit does not seek monetary damages.

“This is disappointing news, as the state has actively been negotiating in good faith with the Department of Justice following the release of its findings letters. Out of respect for the legal process, we unfortunately cannot provide additional comment at this time. We will, however, push forward with our plan to re-imagine and rebuild Alabama’s correctional system from the ground up through the construction of three new regional men’s prisons. The comprehensive efforts underway will go a long way in addressing the long-standing challenges faced by the Alabama Department of Corrections.”

The Alabama Department of Correction released the following statement regarding the DOJ’s lawsuit:

“The Alabama Department of Corrections (ADOC) has been engaged in ongoing, exhaustive settlement negotiations with the U.S. Department of Justice (DOJ) since the release of its first findings letter in April 2019. In the midst of good progress in our negotiations and on the eve of another settlement session, the DOJ elected to file a lawsuit with zero advance notice or any indication that they were unsatisfied with the process. This move was not made in the spirit of good faith, and only serves to undermine many months of productive conversations that were moving toward a mutual resolution.

The ADOC disagrees with the allegations made by the DOJ. Since the beginning of the DOJ’s investigation and throughout the negotiation period, the ADOC has participated voluntarily and cooperated fully in their process. We have provided significant access to staff at all levels and delivered requested materials, except for those related to open criminal investigations. The Complaint filed by the DOJ plainly ignores the years’ worth of information provided by the ADOC regarding the substantial and impactful reforms it continues to undertake. Further, the tone and tenor utilized in the Complaint and in the DOJ’s press release run counter to the DOJ’s approach throughout our ongoing negotiations, implying a certain level of inappropriate public posturing.

Two of the broad concerns described in the Complaint are well-known by all: staffing challenges and dilapidated facilities. As the ADOC has consistently shared and demonstrated, significant efforts are underway to address these important issues. Regarding correctional staffing levels, no other single issue has consumed more time, attention, and resources of the ADOC over the last five years. We have made real strides in addressing recruitment and staffing. The DOJ, unfortunately, has ostensibly failed to acknowledge the tireless work and progress underway in this area. Regarding our dilapidated facilities, the Complaint only reinforces that Governor Ivey’s plan to construct three new regional men’s facilities is vital, and that we must continue down the path we have been traveling for several years – to act with utmost urgency and build efficiently designed facilities that will provide safer living and working conditions.

There are some limited examples of when Department protocol(s) may not have been followed or where appropriate action(s), after the fact, may not have been taken. But, as continues to be the case, any individual found to be in violation of Alabama law or ADOC policy is held to account, to include referring them to the proper prosecuting authority, when appropriate.

The DOJ, however, continues to mischaracterize these limited instances as sweeping patterns. The piecemeal anecdotes outlined in the Complaint do not reflect the hard work and important service provided by our correctional staff. As such, this Complaint – by intentionally omitting any reference to those efforts – stands as a true disservice to the many dedicated correctional professionals who provide safety and security within Alabama’s prisons.

The ADOC, on behalf of Commissioner Dunn, wants all of our Department staff to know that we recognize and are proud of their service and dedication to what is one of the most difficult jobs in the world.

We intend to fervently defend our staff and Department in court and prove that this lawsuit fails on merit, fails to demonstrate sweeping patterns alleged by the DOJ, and fails to appreciate and acknowledge the incredible work our staff performs every single day across Alabama’s correctional system.”

To read the complaint in its entirety, click here.