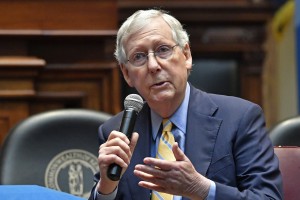 It comes after a groundswell of leading Republicans said Biden is the winner of the presidential election. They announced their views Monday after the Electoral College vote affirmed Biden won.

A number of senators said the time has come to move on. They’re essentially abandoning Trump’s assault on the outcome. Some, though, vow to stick with Trump, carrying the fight to Jan. 6 when Congress votes on the Electoral College results.