Lee County Sheriffs Deputies have made an arrest in a shooting that occurred on December 9, in the 500 block of Lee Road 592. The shooting happened in Phenix City. Authorities arrested and charged David Cobb, 19, of Auburn with the shooting. 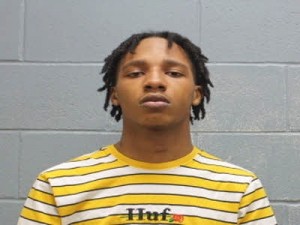 Multiple shell casings were located in the area that spanned the distance between two homes. Multiple victims were located inside of both residences to include adults and children under the age of 12. Three vehicles, a boat and boat trailer were all hit by gunfire.

Authorities, on December 11, conducted a search of Cobb’s residence in the 200 block of West Longleaf Drive in Auburn. At the residence, they recovered multiple firearms, a large amount of ammunition, Marijuana, multiple types of illegal prescription pills and approximately $10,000 in cash.

Police arrested Cobb and charged him with: