Attorney General Steve Marshall announced that the Alabama Court of Criminal Appeals affirmed the conviction of Maurice Devionne Pope, 27, for capital murder.  Pope was convicted in Dallas County Circuit Court on February 5, for the murder of Orlando Robinson. 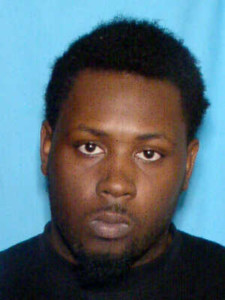 The evidence at trial showed that on the night of January 11, 2014, Maurice Pope and co-defendant Rodney Walters went to the Cheers package store in Selma looking for someone to rob. They followed Robinson from the store to a car in the parking lot where they demanded money from Robinson and shot him in the back. After confronted with surveillance video, Pope admitted during police interrogation to committing the murder. He was subsequently found guilty of capital murder by a Dallas County jury.

Dallas County District Attorney Michael Jackson’s office successfully prosecuted this case and obtained the guilty verdict. Pope was sentenced to life imprisonment without the possibility of parole for his crime. Pope sought to have his conviction reversed on appeal.

The Attorney General’s Criminal Appeals Division handled the case during the appeals process, arguing for the Alabama Court of Criminal Appeals to affirm Pope’s conviction. The Court did so in a decision issued Friday, December 11.

Attorney General Marshall commended Assistant Attorney General Chris Howell for his successful work on this case, and thanked District Attorney Michael Jackson and his staff for their valuable assistance in defending the murder conviction.

A Pair of Suspected Burglars Caught and Arrest in Dallas Co.