A college football game featuring all-stars from historically black colleges and universities — could be on its way to Selma this spring. 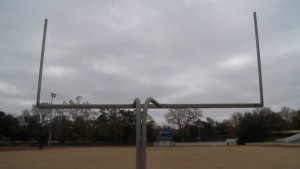 The HBCU Pigskin Showdown is a post-season college football game for standout players from HBCUs.

“It’s going to be an event where we’re looking to help HBCU players get more attention when it comes to the NFL,” said Williams.

They say HBCU players have built a rich legacy in the NFL over the years — but recently there’s been a decline in the number of HBCU players that move on to the NFL.

“The HBCUs got, as a history, got a lot to be proud of, especially when it comes to football,” said Williams.

“You talking about guys like Walter Payton, out of Jackson State — Steve McNair, out of Alcorn State — Jerry Rice, out of Mississippi Valley State — you know and more recently Michael Strahan coming out of Texas Southern. So there’s a whole list of guys that come from this  history of football out of HBCUs.” 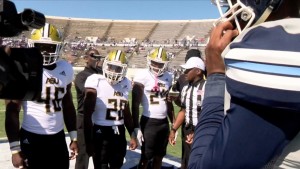 Williams says providing a stage for players to showcase their talent — will help more of them make it to the next level.

“They only had one selected in a draft in 2020 and that kid happens to be from here in Selma,” said Grove.

The game is tentatively set for April 24th — however the date is subject to change due to the COVID-19 pandemic.

For more information — go to www.hbcupigskinshowdown.com.

A Pair of Suspected Burglars Caught and Arrest in Dallas Co.