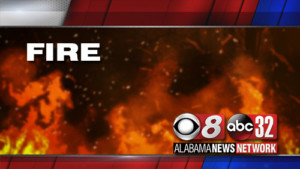 The Montgomery Fire Department is investigating three fires, two of which happened on Christmas Day.

First, at about 5:10 p.m. on Christmas, fire/rescue units responded to an apartment fire in the 5700 Block of Calmar Drive.  Firefighters say they found heavy smoke and flames visible from a second story window.  The fire was contained to the apartment, which had moderate fire and smoke damage. The people inside the apartment got out without getting hurt.

Next, at about 6:45 p.m. on Christmas, units responded to a two alarm fire in the 1500 Block of Old Park Row.  Firefighters found a two story structure with heavy smoke and flames visible from the rear and the second story.  The building has extensive fire and smoke damage.  Everyone inside got out safely.

Then, this morning at about 8:00 a.m., units responded to a fire in the 3300 Block of Harris Street. Fire crews found a single story structure with heavy smoke and flames visible.  It sustained extensive fire and smoke damage.  There was no one inside.