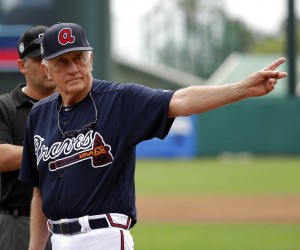 Baseball Hall of Famer Phil Niekro has died at the age of 81 after a long fight with cancer.

Niekro pitched well into his 40s with a knuckleball that baffled big league hitters for more than two decades, mostly with the Atlanta Braves. The Braves announced his death, saying he died Saturday night in his sleep.

The right-hander was a five-time All-Star who had three 20-win seasons with Atlanta. Niekro also pitched for the New York Yankees, Cleveland Indians and Toronto Blue Jays late in his career.

The Latest: Bucknell men's and women's hoops back on court

The Latest: Bucknell men's and women's hoops back on court