Troy police are investigating an Armed Robbery that occurred early Tuesday, December 29. Police responded to a call of the robbery at the Z-tech gas station on US 231 and Sanders Road. 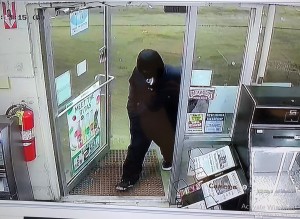 The robbery happened around 3 am.

The store clerk described the suspect as a black male less than six feet tall with a heavy build. The clerk says the suspect was hanging around the gas station prior to the robbery.

According to the store clerk, the suspect entered the building armed with a handgun and stole an unspecified amount of money. The suspect then fled the scene, last seen running North across US 231.

Police say the suspect should be considered armed and dangerous and anyone with information on the crime should call Troy police at 334-566-0500.