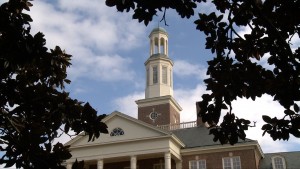 “We have now surpassed our first goal of a half million dollars in December. And we’re well along the way towards the total goal, including that half million, of $1.5 million.”

Judson College President W. Mark Tew says the Great Recession of 2008 hit the college hard — and it was still trying to recover — when COVID-19 hit.

“It’s fair to say that the cumulative affects of 2008 market crash and the 2020 pandemic have just been the circumstances that have caused the college to struggle,” he said.

Struggle to the point that the school was in danger of closing its doors. Something that would have a devastating impact — on Marion and Perry County. Judson has been an vital part of the community for 182 years.

“We bring business and travel here by those who are our students and our guests,” said Tew. 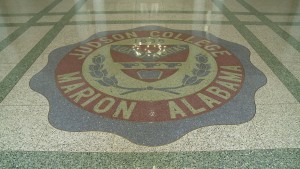 “Judson is a part of gauging resources from other parts of the state through our athletic program we have different people here and we are representing the Black Belt and Judson College elsewhere when we are participating in those.”

Judson College has about 177 students — and 76 employees.

The college is supported by the Alabama Baptist Convention — which donates just over a million dollars to the school every year.