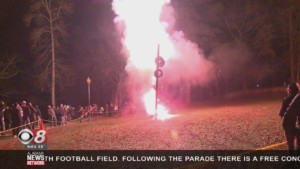 City leaders in Wetumpka have decided to cancel all of the New Year’s Eve events that had been planned for tomorrow night. There is a chance of rain and storms across the area.

The city had planned a POW/MIA recognition, a concert featuring Tonya Moore and Steel Cuz’n behind the Wetumpka Civic Center as well as fireworks and the traditional meteor strike.

The meteor strike was first held in 1987. It commemorates the meteor which hit the area about 83 million years ago. The impact left a crater that’s nearly five miles wide.