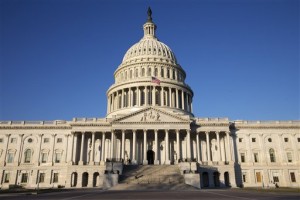 Congress has overridden President Trump’s veto of a defense policy bill, a first by lawmakers since he took office nearly four years ago.

In an extraordinary New Year’s Day session, the Republican-controlled Senate easily turned aside the veto.

Lawmakers dismissed Trump’s objections to the $740 billion bill and handed the president a stinging rebuke weeks before his term ends. The final vote was 81-13, with a two-thirds vote required to overturn the president’s veto.

Trump rejected the defense measure last week, saying it failed to limit social media companies he claimed were biased against him during his failed reelection campaign. Trump also opposed language that allows for the renaming of military bases that honor Confederate leaders, which would include Ft. Rucker in Alabama.