Tommy Tuberville Among Those Sworn In as Congress Begins New Session 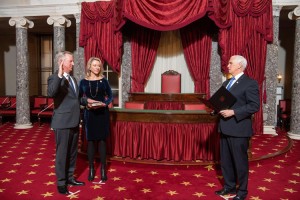 Congress has convened for a new session with lawmakers sworn into office during a tumultuous period.

A growing number of Republicans, including Sen. Tuberville, are working to overturn Joe Biden’s victory over President Trump. They plan to challenge the Electoral College vote on Wednesday.

Rep. Nancy Pelosi (D-California) has been reelected as House speaker by fellow Democrats, who retain the majority but with the slimmest margin in 20 years.

Opening the Senate could be among Mitch McConnell’s final acts as majority leader.