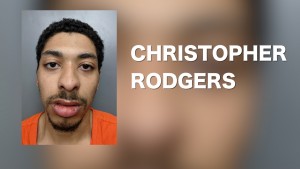 A Selma man is behind bars — accused of breaking into a bank.

He says when officers arrived on the scene — they found shattered glass on the ground — and 19 year old Christopher Rodgers — inside the bank.

Rodgers was arrested and charged with burglary. He’s being held in the Dallas County Jail on a $30,000 dollars bond.