What President Trump Is Saying on Twitter as His Supporters Storm the U.S. Capitol 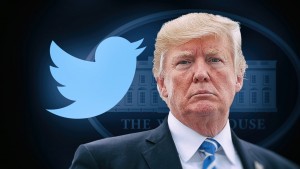 The U.S. Capitol was put on lock down this afternoon with lawmakers inside as violent clashes broke out between supporters of President Trump and police.

Dozens of people breached security perimeters at the Capitol and lawmakers inside the House chamber were told to put on gas masks as tear gas was fired in the Rotunda.

Lawmakers had been meeting to affirm Joe Biden’s victory in the presidential race. President Trump has been hoping that Vice President Mike Pence would overrule the Electoral College. Pence has said he cannot overturn the election.

President Trump has made these Twitter posts this afternoon:

Mike Pence didn’t have the courage to do what should have been done to protect our Country and our Constitution, giving States a chance to certify a corrected set of facts, not the fraudulent or inaccurate ones which they were asked to previously certify. USA demands the truth!

Please support our Capitol Police and Law Enforcement. They are truly on the side of our Country. Stay peaceful!

I am asking for everyone at the U.S. Capitol to remain peaceful. No violence! Remember, WE are the Party of Law & Order – respect the Law and our great men and women in Blue. Thank you!

The violence and destruction taking place at the US Capitol Must Stop and it Must Stop Now. Anyone involved must respect Law Enforcement officers and immediately leave the building.

The skirmishes occurred outside the building, in the very spot president-elect Biden will be inaugurated in just two weeks. Protesters tore down metal barricades at the bottom of the Capitol’s steps and were met by officers in riot gear. Some tried to push past the officers who held shields and officers could be seen firing pepper spray into the crowd to keep them back.