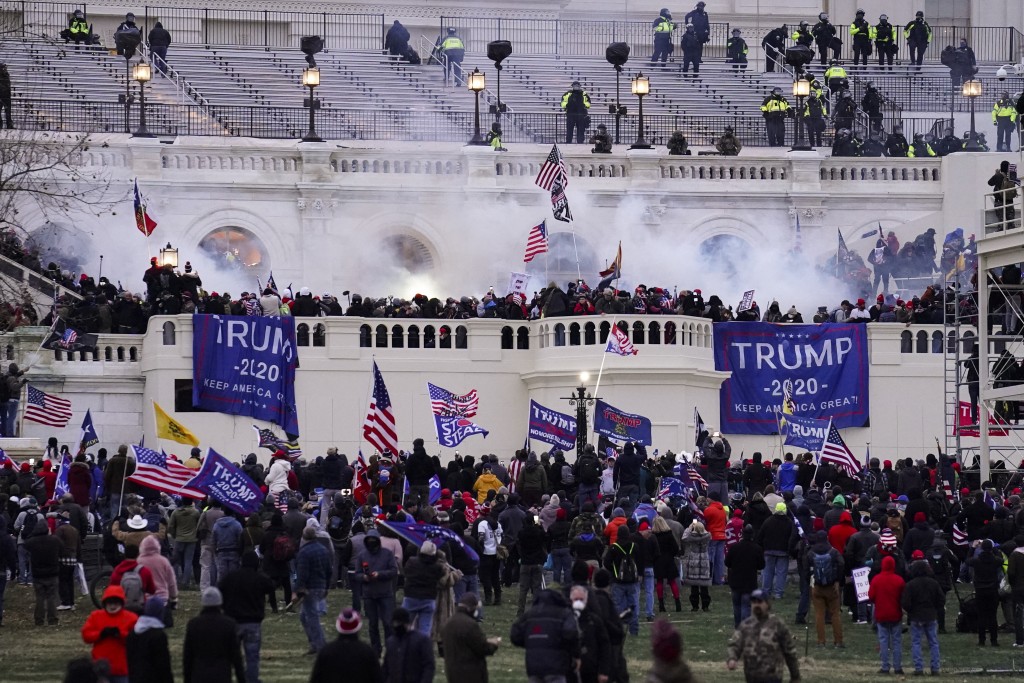 Violent protesters, loyal to President Donald Trump, storm the Capitol, Wednesday, Jan. 6, 2021, in Washington. It’s been a stunning day as a number of lawmakers and then the mob of protesters tried to overturn America’s presidential election, undercut the nation’s democracy and keep Democrat Joe Biden from replacing Trump in the White House. (AP Photo/John Minchillo)

BIRMINGHAM, Ala. (AP) – One Alabama man is dead and another is facing weapons charges following the violence at the U.S. Capitol.

District of Columbia police say 55-year-old Kevin D. Greeson of Athens died of a medical emergency during the fracas on Wednesday. Officials did not release additional details about the circumstances of Greeson’s death.

Police say Lonnie Zoffman of Falkville is facing charges of carrying an unlicensed pistol and having an unregistered gun and ammunition. Zoffman couldn’t immediately be reached for comment on Thursday.