Hall of Fame manager and Dodgers legend Tommy Lasorda died on Thursday night, according to the team. Lasorda, 93, had recently been released from the hospital after a month-long stint that included time in the intensive care unit. 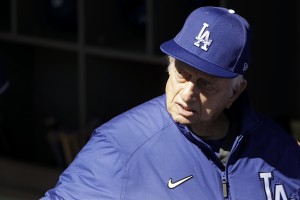 Lasorda managed the Dodgers for a two-decade span, running from 1976 through 1996. Under his watch, the Dodgers won two World Series (1981 and 1988), four National League pennants, and eight division titles. Lasorda himself won a pair of Manager of the Year Awards and managed in four All-Star Games.

His 1,599 wins as a manager rank 22nd all-time in Major League Baseball history, and he was inducted into the Hall of Fame in 1997.