Trump on Verge of 2nd Impeachment after Capitol Siege 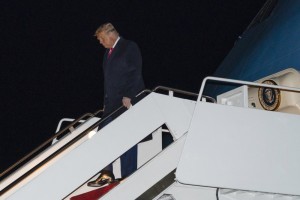 WASHINGTON (AP) – President Donald Trump is on the verge of being impeached for a second time. He faces a single charge, “incitement of insurrection,” after telling a mob of loyalists to, as he put it, “fight like hell” against election results. The subsequent attack on the U.S. Capitol turned deadly and delayed finalizing Democrat Joe Biden’s election victory. While the first impeachment of Trump in 2019 brought no Republican votes in the House, a small but significant number of lawmakers are breaking with the GOP to join Democrats. Trump said Tuesday that the impeachment effort itself is causing “tremendous anger” in the country.

White House: US expects to deliver enough vaccine to states this summer for 2-dose regimen for 300M Americans