A fourth suspect accused of trying to kill a Pine Hill police officer — is behind bars tonight in Marengo County. 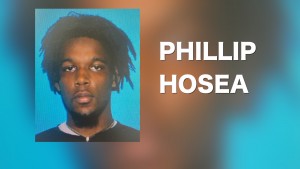 He was arrested and charged with attempted murder.

Hosea is the latest suspect charged in a New Year’s night shootout with a Pine Hill police officer.

He’s being held in the Marengo County Jail without bond.

Three other suspects in the case — have already been arrested and charged.