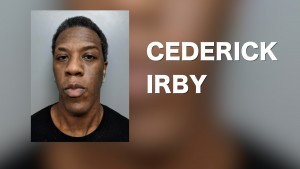 Another suspected drug dealer is behind bars in Dallas County — following an early morning drug raid in Selma.

Irby was arrested following an early morning drug raid Friday at a house on the 1100 block of Philpot Avenue.

Deputies found large amounts of crack cocaine — marijuana — and ammunition — as well as two guns — scales — and hundreds of dollars in cash.

Sheriff Mike Granthum says the house had been under surveillance for several days. He says the undercover operation — provided enough probable cause — to get a search warrant. 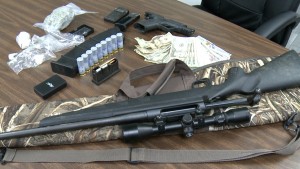 “We’ve made several buys from that house. People that’s been from that house, people would buy and we’d pull them over in a traffic stop and we’ve recovered dope that was actually bought from that residence so. We’re open for business, but we’re not open for the drug business,” said Granthum.

“I want people to know that the Dallas County Sheriff’s office, we don’t care if you’re in the city limits or you’re in the county, we’re going to work it. And if we get reports of drugs, we’re coming to get you.”

Irby is being held in the Dallas County Jail — on $1.5 million dollars bond.