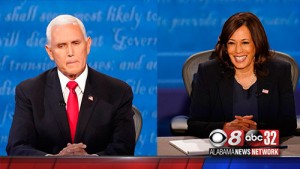 That’s according to two people familiar with the conversation who were granted anonymity to share details of a private conversation.

One of the people familiar with the Thursday afternoon conversation described it as a “good call,” with Pence congratulating his successor and offering assistance.

The call comes less than a week before President-elect Joe Biden and Harris are set to take office next Wednesday. President Trump plans to leave Washington that morning and not attend the inauguration. It’s expected that Pence will be there.

It marks the first contact between elected officials from the outgoing and incoming administrations.