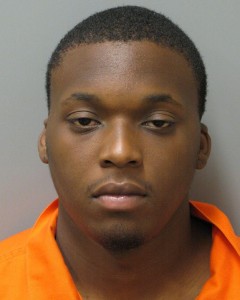 The Montgomery Police Department has arrested 28-year-old Dhuntae Hardy of Montgomery and charged him with murder in the deadly shooting of 24-year-old Kendarries Swain of Montgomery.

Sunday, January 17,  at about 10:22 p.m., MPD and Fire Medics responded to the 200 block of Bradley Drive after receiving a report of a person shot. Swain was suffering from a life-threatening gunshot wound when officers arrived and was pronounced dead on the scene. Hardy was taken into custody on the scene, charged, and transported to the Montgomery County Detention Facility where he is being held on a $150,000 dollar bond.

The initial investigation proves that Hardy and Swain were involved in an altercation that led to the deadly shooting. There is no further information available for release in reference to this continuing investigation.