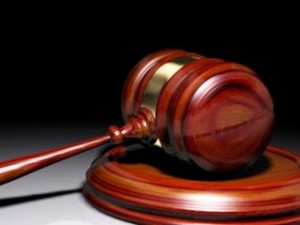 MOBILE, Ala. (AP) — A federal judge in Alabama has given five years of probation to a white ex-policeman who admitted trying to obstruct investigators looking into charges that he beat a Black driver who had gotten into an argument with his wife.

“As part of his plea agreement, Till will no longer be able to work in local, municipal, state or federal law enforcement, nor as a corrections officer or private security guard,” the statement said.

News outlets reported in September that Till’s wife called him April 30 after a road rage dispute with a “black guy in a red Charger,” which the two officers chased down and pulled over.

A physical struggle started after Till tried to handcuff the man. While the man asked what he had done, the two on-duty officers hit his face and head, and Till pulled out his gun and threatened to kill him, Dallas County District Attorney Michael Jackson said when the assault charges were announced.

The state charges were brought a week after Till pleaded guilty to the federal charges. As part of that plea, he admitted that he had “used force against a citizen while on duty,” then told another law-enforcement officer multiple times not to tell investigators about his wife’s call.