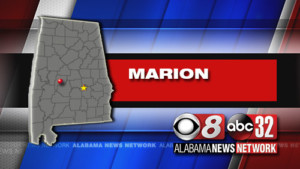 A Marion High School student is dead — after an apparent family feud in Marion — escalates into a shootout.

Marion High senior Kendrell Foster was shot and killed Saturday afternoon — at the the Junior Food Store on Highway 14.

“We have got the shooter and we got the guns.”

Essex says Brooks was in the store — standing at the counter — when Foster hit him in the head with a beer bottle.

First, the two began fighting — that then quickly escalated into gunfire.

“They started pulling weapons — and started shooting inside of the store,” Essex said.

Two customers were shot — and Foster was killed during the shootout.

“He was laying in the door of the store,” said Essex.

“And Brooks came out of the store, kicked him twice in the head, then went and got in his vehicle and left the scene.”

Essex says the incident stems from an on-going feud between two families.

“It culminated in the killing of this 17 year old,” said District Attorney Michael Jackson.

“Of course the community is devastated.”

The threat of retaliation remains a real concern in the city. Mayor Dexter Hinton is appealing to both families — to allow cooler heads to prevail.

“This is a sad situation and adults should put differences aside and be leaders for their young people,” said Hinton.

“We don’t want any more devastation in our community. We got to come to some kind of resolve.