Montgomery police have arrested to men in connection to a robbery and kidnapping. Hikeem Edmond, 22, and Kylyn Taylor, 20, are the suspects identified in this case. 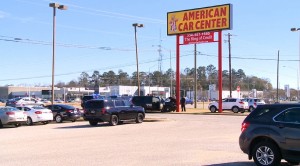 On January 29, police responded to a call in the 5200 block of Vaughn Road in reference to a robbery and kidnapping. Shortly after, police located the suspect’s vehicle. When the vehicle refused to stop, a pursuit ensued. During the pursuit, a marked MPD vehicle collided with a pole at American Car Center located at 190 Eastern Boulevard. The officer suffered minor injuries in the crash. 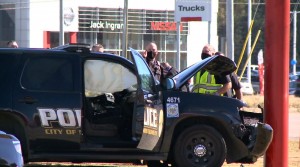 Officers were able take Edmond and Taylor into custody at the scene. They were placed in the Montgomery County Detention Facility.