On Tuesday, February 2, Monte Clayton Lynch, 50, of St. Louis, Missouri, was sentenced to 151 months in prison after pleading guilty to multiple bank robberies in Alabama, Missouri, Tennessee, and Georgia, announced United States Attorney Louis V. Franklin, Sr. Lynch was also ordered to serve three years of supervised release after he completes his prison sentence and will be required to pay $18,474 in restitution to all of the banks involved. There is no parole in the federal system. 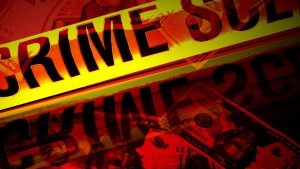 According to court records and statements made in open court, on August 12, 2019, Lynch walked into the First Community Bank in Prattville and handed the teller a note demanding “all” the money. The teller complied, and Lynch left with approximately $5,400. Lynch was then seen walking to an adjacent business, getting into a black F-150 and driving off. The Prattville Police Department and the FBI began investigating. After releasing information about the robbery to the public, including the surveillance footage, law enforcement received a tip identifying Lynch as the person depicted in the video and providing his location at a residence in Montgomery. Investigators went to that address and saw a truck that matched the F-150 that was used by Lynch to get away. Law enforcement confirmed that Lynch was staying there temporarily and ran some background checks on him. They found booking photos and social media photos that matched the bank robbery footage.

Further investigation developed Lynch as a suspect in multiple bank robberies across the southeast that had been committed within a few weeks of the Prattville crime. After his arrest for the Prattville robbery, he confessed to that crime as well as a bank robbery in St. Louis, Missouri on July 26, 2019, one in Nashville, Tennessee on August 1, 2019, one in Birmingham, Alabama on August 3, 2019, and two in the Atlanta, Georgia area on August 6, 2019. All of the cases were transferred to the Middle District of Alabama and Lynch entered guilty pleas in each of them.