This is an update to a story that Alabama News Network first brought you Thursday night: Selma police have now identified the victim in the city’s first murder case of 2021.

Police say 56-year-old Christopher Harrell was shot and killed around 6 p.m. Thursday in the parking lot of Lannie’s #2 barbecue restaurant at the corner of Medical Center Parkway and Oak Street.

Harrell was a basketball coach at Dallas County High School. He coached the girls and boys b-team basketball teams and helped with the varsity team. He was also a husband and the father of six children.

Dallas County School Supt. Hattie Shelton fought back tears as she talked to Alabama News Network about him.

“He could always make you smile when you’re having a bad day. Friendly at all times. Helpful. We lost a valuable employee. We value all of our employees. Just unexpected,” she said.

Police describe the shooting as a random robbery. They say Harrell had stopped to pick up dinner when someone tried to rob him.

Investigators are checking surveillance video and other leads, but no one has been arrested. A prosecutor says there’s no indication the shooting had anything to do with Harrell’s work as a coach. Police say he was shot in the head. 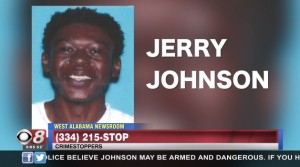 Selma Police are now looking for Jerry Johnson in connection to the murder. Johnson is believed to be armed and dangerous. Police say anyone helping Johnson will be charged.