An annual scholarship established in Lowndes County — aims to honor the memory of the late Sheriff “Big John” Williams for years to come.

The Sheriff John William Memorial Scholarship — will be awarded to a graduating senior from each of the county’s three high schools — each year.

It was created by the Lowndes County Children’s Policy Council with a unanimous vote. District Judge Adrian Johnson serves as chairman. 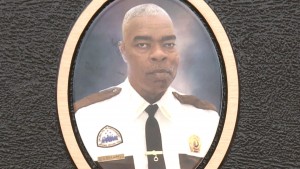 “This year it will be a $2000 dollar scholarship to given to the three students. So, we’ll be giving away a total of $6000 dollars this year,” said Johnson.

“Two thousand dollars won’t be enough to pay full tuition or room and board for a student. However, it will take care of things such as books and fees. And every little bit helps,” said Lowndes County School Superintendent Jason Burroughs.

The scholarship was designed to honor “Big John” and the character and values he stood for in the community — for years to come.

The late sheriff was killed in the line of duty at the QV convenience store in Hayneville — back in 2019.

“We wanted this scholarship to be really reflective of who John Williams was as a person. So, we want to ensure that the child is not only doing well academically but they’re engaged in the community.

It’s just so fitting this is something honoring “Big John” because he cared about all our kids in our county,” said Lowndes Academy Headmaster Barry Mohun.

“I just think for our kids it’s just a big benefit.”

The deadline to apply is March 31st.

Anyone interested in donating to the scholarship may do so by sending a check to P.O. Box 455 Hayneville, AL 36040.