One Dead in Fiery Crash in Tuskegee

The Tuskegee Police Department is investigating a fatal single-vehicle crash where one person died. 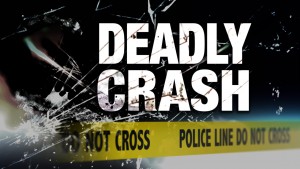 On February 10, around 9:54 pm, Tuskegee responded to a call of a crash. The crash occurred at the intersection of County Road 65 and Greenwood Drive. Upon arrival to the scene, police found a vehicle fully engulfed in flames. After extinguishing the flames, firefighters located the driver of the vehicle and pronounced him dead at the scene. The police department is not releasing the name of the driver at this time.

There is still an ongoing investigation. Anybody with any information on the crash should call the Tuskegee Police Department at 334-727-0200.

4 declared Republican candidates to run against Gov. Ivey in 2022, Steve Flowers weighs in