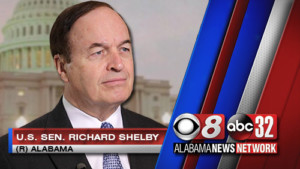 U.S. Senator Richard Shelby (R-Alabama) was one of 43 senators who voted to acquit former President Trump of inciting the January 6 attack on the U.S. Capitol.  The vote this afternoon was 57 guilty to 43 not guilty.

There needed to be 67 senators to vote “guilty” in order for Trump to have been convicted.

“The Constitution speaks of removing a sitting president, not a private citizen. I recently voted to dismiss this case based on its questionable constitutionality. The Framers were clear in limiting impeachment to the President, Vice President, and civil officers of the United States. That is why today, I voted to acquit.”

However, seven Republican senators voted in favor of conviction — the most ever to vote to convict a president of their own party. Those are: