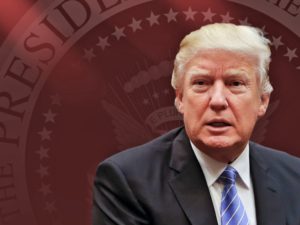 The U.S. Senate has acquitted former President Donald Trump of inciting the Jan. 6 attack on the U.S. Capitol, bringing his trial to a close and giving the former president a historic second victory in the court of impeachment.

Trump is the first president to be impeached twice, and he is also now twice acquitted as the majority of Republicans defended his actions. The Senate voted 57-43 that Trump is “not guilty” of incitement. Two thirds of the Senate, or 67 votes, was needed for conviction.

Both of Alabama’s U.S. Senators, Richard Shelby and Tommy Tuberville, voted not guilty.

House Democrats argued that Trump caused the violent attack by repeating for months the false claims that the election was stolen from him, and then calling on his supporters to “fight like hell” just before they laid siege to the Capitol. Democrats argued that Trump had “obvious intent” as he egged on supporters they said were primed for violence.

Trump’s lawyers argued that the trial was brought on by Democrats’ “hatred” of Trump and that it was unconstitutional because he had left office. They said the rioters acted on their own accord, despite Trump’s words. And they argued that Trump was protected by freedom of speech and to convict him for something he said would set a dangerous precedent.

The House impeached Trump before he left office for “incitement of insurrection” after the violent mob broke into the Capitol, destroyed property and hunted for lawmakers as they counted the presidential electoral votes. Five people died.

If Trump had been convicted, the Senate would have taken a second vote on whether to ban him from running for office again. Only two other presidents, Bill Clinton in 1999 and Andrew Johnson in 1868, have been impeached. Both were also acquitted.

Seven Republicans voted to convict Trump. It was easily the largest number of lawmakers to ever vote to find a president of their own party guilty at impeachment proceedings.

Romney’s “guilty” vote at Trump’s initial impeachment trial last February had made him the first senator to ever vote to convict a president of the same party.