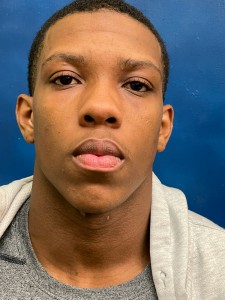 Tuskegee Police have made an arrest in the weekend shooting that left a four year old critically injured.

Chief Loyd Jenkins said 18-year-old Joshua Washington was arrested and charged with attempted murder and discharging a firearm into an occupied building or dwelling.

Investigators say the shooting happened Saturday in the 500 block of Pleasant Springs Drive. The injured child was eventually taken to Children’s Hospital in Birmingham where the child remains in critical condition.

“First, I want to ask that you keep the 4-year-old victim and his family in your prayers. As of right now the child is still listed in critical condition. I am glad to see citizens taking a stance and pass information on to law enforcement. It shows everyone, that the citizens are not going to let these violent criminals get away with these crimes,” Chief Jenkins said.

Washington is currently in the Macon County Jail.

Police are asking anyone with information related to this case to call Tuskegee Police Department at 334-727-0200 or Central Alabama CrimeStoppers at 334-215-STOP.