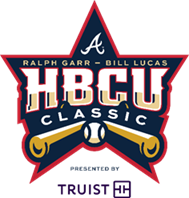 Designed to highlight baseball programs at historically black colleges and universities in the Southeast, the showcase is an extension of the organization’s efforts to foster the next generation of diverse baseball players. The classic will also serve as an opportunity to expose student-athletes, support staff, and coaches to a Major League setting.

“We are excited to introduce this annual HBCU series to honor two great men while focusing a spotlight on HBCU baseball programs,” said Derek Schiller, Atlanta Braves President and CEO. “HBCUs have been developing outstanding baseball talent and we are proud to facilitate the connection between college programs and the major leagues.”

HBCU alumni Ralph Garr and Bill Lucas both played pivotal roles within the Braves organization. Known as ‘The Road Runner’ for his speed and agility, Garr posted a career .317 batting average over eight seasons with the Braves. After his playing career, Garr joined the Braves Scouting department in 1984 under the direction of Hank Aaron, the director of player development at the time. Garr has spent more than 25 years with the organization and was inducted into the Braves Hall of Fame in 2006.

Lucas spent over 20 years with the Braves and in 1976 he became the first African American to oversee a player personnel department in baseball and the highest-ranking African-American in baseball at the time. He helped draft key players such as Dale Murphy and Bob Horner and hired eventual Hall of Fame manager Bobby Cox. Lucas was inducted into the Braves Hall of Fame in 2006 for his immeasurable impact on the Braves organization and on the game.

Tickets are $10 and are available for purchase online at https://www.ticketmaster.com/coolray-field-tickets-lawrenceville/venue/115610 or at the Gwinnett Stripers Ticket Office the day of each game starting at 5:00 p.m. and at 11 a.m. on Sunday. Tickets are limited and will be socially distant.

As part of the classic, the Atlanta Braves partnered with Rapsodo, a leading technology company in sports analytics, to capture, track and deliver player statistics for the athletes participating in the series.