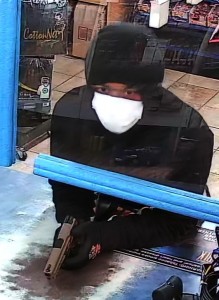 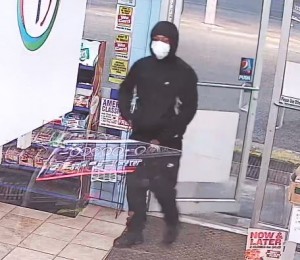 On January 25, around 6:45 am, two unknown males driving a 2016 to 2018 black Kia Forte drove onto the parking lot of the Corner Store located at the corner of Alabama Highway 125 and US 231. Both males entered the store, the first male, pointing a solid black semi-automatic handgun, ordered the clerk down behind the counter and demanded money. The second male, brandishing a tan and black handgun, went to the liquor side of the convenience store and started removing liquor. 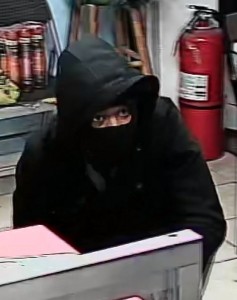 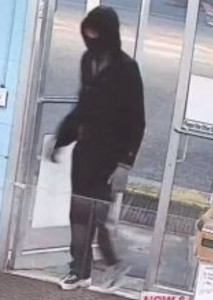 During the robbery, a customer entered the store and went towards the drink box area. The first robber ordered him down on the ground and then made him crawl to a storage room. The robber removed a pocketknife from the customer and began pulling wires from the security system out of the wall. A second customer entered and was also ordered to the storage room. 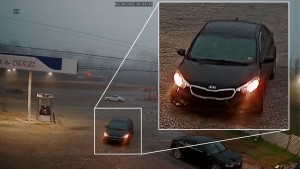 The second customer started wrestling with one of the robbers and received injuries from the other robber as he began to hit the customer with his firearm across the head. The first robber exited the store and left in the black Kia Forte. The other robber exited the store and stole one of the customer’s truck that had been left running outside of the store. The customer’s truck was wrecked at US 231 and SA Graham Boulevard in Brundidge. The second robber was picked up by the other robber in the black Kia Forte.

If you have any information regarding the identity of these suspects or their whereabouts, please immediately call the Pike County Sheriff’s Office or CrimeStoppers using our 24-hour tip line at 215-STOP (7867). You may also use CrimeStoppers toll free number at 1-833-AL1-STOP.