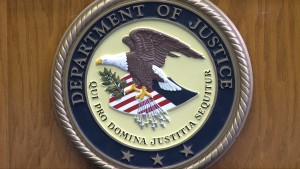 The announcement came at a press conference Wednesday morning at the Federal Courthouse in downtown Selma.

Moore served 3 years as the U.S. Attorney for the Southern District of Alabama in Mobile. He also served 17 years as an Assistant U.S. Attorney.

During his tenure as U.S. Attorney — Moore helped provide resources to law enforcement agencies in Selma and Dallas County to support their crime fighting efforts.

“Selma has folks here who are in need of a level of law enforcement that is higher than in most counties. And so, it’s been my privilege to be here and work with all the folks in Selma,” said Moore.

“We don’t a tax base that a lot of bigger counties have, so there were some needs that we needed,” said Dallas County Sheriff Mike Granthum.

Moore is also responsible for creating a new staffed U.S. Attorney’s Office at the Federal Courthouse in Selma. In addition to re-booting the Weed and Seed program in the area — to prosecute violent criminals — and address systemic social problems in the area.