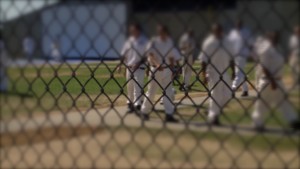 Alabama is asking a judge to dismiss a Justice Department lawsuit over state prison conditions.

The state argues that examples of violence cited in the case do not rise to the level of a constitutional violation.

In a Monday court filing, an attorney for Alabama argued the federal lawsuit makes sweeping generalizations about state prison conditions based on isolated examples.

The state also argues that another ongoing court case is addressing staffing concerns raised in the lawsuit.

The Justice Department filed a lawsuit against Alabama in December. The suit claims that the state is failing to protect male prisoners from inmate-on-inmate violence and excessive force at the hands of prison staff.