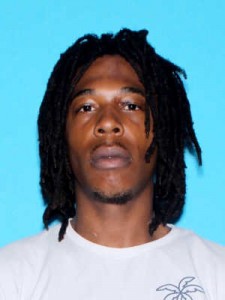 A suspect of a shooting that took place at the Del Ranch Bar in the Smiths Station in late December of 2020 is now in custody. Thursday, February 11 Clark County authorities in Nevada informed Lee County Sheriff investigators that they had Alex Omari Rutledge (20) of Phenix City, Alabama in custody in Las Vegas, Nevada.

At approximately 3:51 am cst on December 26, 2020, The Sheriff’s office received a 911 call reporting a shooting. Responding deputies discovered 2 victims inside the bar who had suffered gunshot wounds. Investigations resulted in the development of Alex Omari Rutledge as a suspect. A warrant charging Rutledge with Assault First Degree was issued December 30, 2020.

Investigators are working in connection with the Lee County District Attorney’s Office to initiate the process of extradition to have Rutledge returned to Alabama.  Anyone with information in this case or any other crime is requested to contact Lee County Sheriff Investigations at 334-749-5651 or the Crimestoppers of Central Alabama at 334-215-STOP (215-7867).