The pilot instructor stationed at Columbus Air Force Base who died in the T-38C Talon trainer aircraft mishap near Montgomery, Alabama, Feb. 19, has been identified.

One of the deceased, Scot Ames Jr., 24, was an instructor pilot with the 50th Flying Training Squadron. Ames, Jr., was from Pekin, Indiana.

The name of the second pilot, a student pilot, from the Japanese Air Self Defense Force, is not being released at this time, and will be provided according to Japan’s established process.

On Saturday, Col. Seth Graham, the Commander of the 14th Flying Training Wing at Columbus Air Force Base, Mississippi, held a brief news conference at the base to express his sympathy for the pilots’ families and to answer questions. 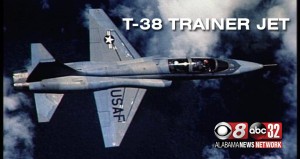 The pilots were flying a T-38C Talon from Columbus Air Force Base on what Graham called a cross-country training mission when they crashed late yesterday afternoon off Old Lamar Road near U.S. Highway 80 in Montgomery.

They were part of the 50th Flying Training Squadron, he said.

Graham says the pilots’ families have been notified.

Columbus Air Force Base is one of four undergraduate pilot training bases in the U.S. Air Force, Graham said. He says about 365 pilots are trained each year.

Graham says the two pilots were on the first leg of a training mission that would have involved them spending the night. While he did not say where the two pilots would be landing, airport officials in Montgomery say the jet was en route to Tallahassee, Florida. 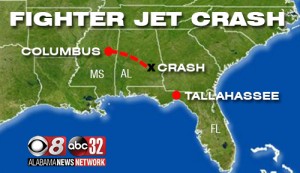 “With a heavy heart, I express my condolences,” Graham said. He says those at the base are grieving along with the pilots’ families and friends. He says they are a close-knit team.

Graham says an interim safety board will look into the cause of the crash. He says a timeline varies based on the complexity of the circumstances involved, but he says it usually takes about 30 to 60 days to fully investigate an accident such as this.

He says the investigation will be performed by the military and not the National Transportation Safety Board, which looks into civilian aircraft accidents.