The wife of Mexican drug kingpin and escape artist Joaquin “El Chapo” Guzman has been arrested on international drug trafficking charges at an airport in Virginia. 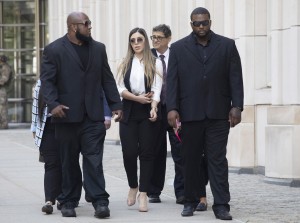 The Justice Department says 31-year-old Emma Coronel Aispuro, who is a dual citizen of the U.S. and Mexico, was arrested at Dulles International Airport on Monday and is expected to appear in federal court in Washington on Tuesday. She’s accused of helping her husband escape from a Mexican prison in 2015, and prosecutors say she was also “engaged in planning yet another prison escape” before Guzman was extradited to the U.S. in January 2017.

Guzman was sentenced to life behind bars in 2019.

In Alabama, a Vote to Keep Confederate Monument Protections