U.S. Marshals capture the suspect wanted for the murder of a beloved Dallas County basketball coach. 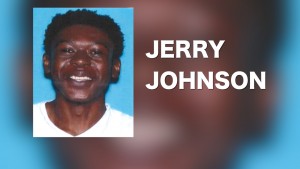 “He was found at a female’s home,” Jackson said.

Harrell was shot and killed nearly three weeks ago — in the parking lot of a popular barbecue restaurant.

“The charge is capital murder, a murder and robbery.”

Johnson is being held without bond in the Dallas County Jail.