A Camden man is killed in a one-vehicle accident — when he drives his log truck off a bridge — and into the creek below.

“No words can explain the hurt that I feel.”

Crystal Portis took her nephew Charles Portis into her home as a child — and raised him just like one of her own children.

“I raised him from elementary until he got grown enough to go back with his biological mom.” 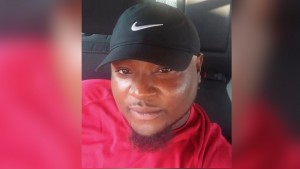 Twenty-five year old Charles Portis died late Tuesday afternoon — when his log truck crashed through the railing and went over the bridge on Hwy 41 at the Wilcox -Dallas County line — and fell about 30 feet into Pine Barrel Creek.

Sheriff Earnest Evans says Portis had lead a deputy on a chase — that was called off just prior to the fatal crash.

“We did have what we call a warrant on him — for harassment,” said Evans.

“He was charged with harassment with something between him and his girlfriend that happened and we was trying to arrest him on that charge. And he just didn’t want to be arrested.”

Right now — unanswered questions remain — about whether Portis lost control of the truck — or went over the bridge intentionally. As well as, whether he was killed in the crash — or died by drowning.

“Charles was a good fellow. He was known by many. He had a good heart. And he just, a very hurtful situation, how things happened,” said Portis.

Evans says the body has been sent to forensics to determine the exact cause of death.

The ALEA State Troopers are leading the investigation into the crash.

Stay with Alabama News Network on-air and online for updates to this story.