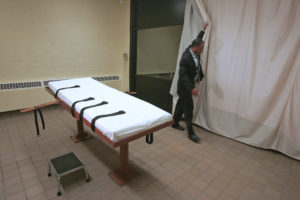 Alabama is amending its execution procedures to allow a condemned inmate to have his spiritual advisor in the execution chamber. The Alabama attorney general’s office wrote in a Thursday court filing that the change is underway.

The move comes after the U.S. Supreme Court sided with an Alabama inmate who had sought to have his pastor in the chamber to pray with him before the execution.

The state had previously argued that only prison staff should be allowed in the chamber and canceled the execution.

US to Withdraw all Troops from Afghanistan by Sept. 11