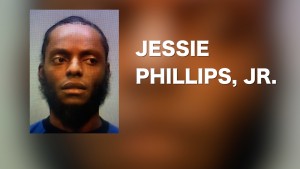 Phillips was arrested in Linden Wednesday after an officer spotted a marijuana blunt in his car — then searched his vehicle.

Marijuana — powder and crack cocaine — pills — and more than $4500 dollars in cash — were found.

Phillips is being held in the Marengo County Detention Center without bond.