Attorney General Steve Marshall joined a coalition of 21 states in support of the constitutionality of a law requiring a 48-hour waiting period before an abortion.  A legal challenge to Tennessee’s abortion waiting period law could have an impact on similar abortion laws in other states, including Alabama. 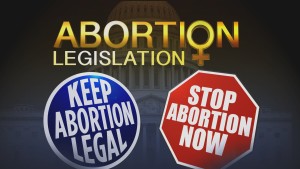 Last month, a divided panel in the U.S. Sixth Circuit of Appeals declined to lift a federal district court’s injunction against Tennessee’s abortion waiting period law.  Appeals Court Judge Amul Thapar dissented from that decision and called on the full court to immediately review the decision.  Subsequently, the State of Tennessee requested that the full court review the decision, and the 21-state coalition’s amicus brief, filed with the U.S. Sixth Circuit Court in the case Bristol Regional Women’s Center v. Slatery, supports that request.

The attorneys general argue that the Sixth Circuit’s decision casts doubt on the governing rule from the U.S. Supreme Court’s ruling in June Medical Services v. Russo, which is used to review the legality of abortion laws throughout the country.  The Sixth Circuit applied this same rule last year in a decision to uphold Kentucky’s transfer agreement law, requiring that abortion clinics have a transfer agreement in place with a local hospital and ambulance provider.  The amicus brief states that the Sixth Circuit ignored this important precedent when applying the rule to Tennessee’s abortion waiting period law.

The brief of the attorneys general also maintains that both the U.S. Supreme Court and the Sixth Circuit have upheld similar laws against constitutional challenges, and if the full court does not reconsider this decision, this precedent will be jeopardized.