The city of Marion and the Francis Marion Alumni Association are working to bring the community together — in an effort to stop the violence.

They’re hosting a Unity Rally — Saturday on the the courthouse square.

“We’re asking the community to come out and bring their ideas and their concerns,” said Crystalyn Winfield. 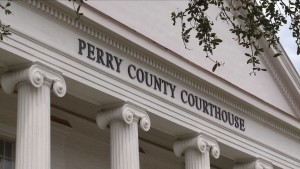 Tensions have run high in Marion — since a 17 year old was killed — and two other people were shot a few weeks ago — during a shootout inside a convenience store.

“Our community isn’t really a violent community — but when you have an issue that comes up with a young person losing their life that brings attention to a lot of other issues,” said Mayor Dexter Hinton.

“And what we’re doing now is we’re stepping up to the plate.”

The rally has two main goals. One — to promote unity in the community. And two — to help stop the violence.

“We want the community to be involved because their families are involved. They live here. And some of our elders have expressed their concerns about being afraid,” said James Reed.

“I want my family to be able to be safe. I want it to be where we can walk the streets in peace and unity the way we used to when I was coming up,” said Winfield.

The rally is set for 10 to 12 noon. There will be food — music — and prize giveaways at the event.