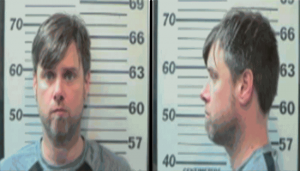 Thompson pled guilty to the charges in December 2020.

According to court documents, Alabama Law Enforcement Agency was provided with details of a joint investigation between the Bernalillo County Sheriff’s Department in New Mexico and the FBI. The Bernalillo Sheriff’s Department had been engaged in an online child exploitation investigation and identified a person in Alabama as someone who was trading child pornography online.

Investigators were able to obtain a search warrant for the IP address which was sharing child pornography, and the physical address was associated with Thompson.

On November 12, 2015, a search warrant was executed at Thompson’s residence. Thompson was interviewed and admitted that he joined chat groups and received child pornography images and videos from a number of those chat groups. Agents seized numerous electronic devices from the home.

A forensic analysis was completed by Homeland Security Investigations. The examination revealed that the two hard drives, one tablet, several smartphones and one micro SD card contained 971 images and 214 videos of child exploitation material.

During forensic analysis of the devices, the forensic analyst discovered images that appeared to show Thompson performing sex acts on a pre-pubescent minor.

Agents again seized all electronic devices in the home.

Thompson gave permission to Homeland Security agents to take over his KIK account. Once in the KIK app, agents located a number of messages in chatt rooms where child pornography was being advertised and distributed.

In one such group, Thompson had posted a link to a MEGA account which contained 970 images of child pornography, including child bestiality and child S&M images. Of those images, over 900 of them were videos, and the remaining were still images. This same link to the MEGA account was shared in at least three different chat rooms.

The content of the chat rooms makes it clear that the users were engaged in sharing child pornography.

United States District Court Chief Judge Kristi DuBose imposed a sentence of 35 years imprisonment. The judge ordered that Thompson undergo mental health treatment while incarcerated. The judge further ordered that Thompson be supervised by federal probation officers for the rest of his life after finishing his prison term, and he is to have no contact with minors. Upon his release from prison, Thompson will be required to register as a sex offender. Judge DuBose ordered that Thompson pay $10,200 in special assessments.