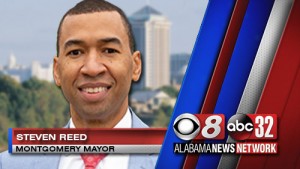 Montgomery Mayor Steven Reed hopes the city council will go along with his plan to bring an estimated $50 million in capital improvements to the city. He announced the plan at a news conference Monday.

Reed says the money would come from restructuring more than $90 million in old debt and the city taking advantage of low interest rates. Reed says the city finance department has taken extra steps over the last year to keep the pandemic from hurting the city’s finances.

“I’m proud of the fact we have not had to lay off one single employee, we did not have to furlow any of our employees. We did not have to touch our line of credit or our reserves. We are now in position to move forward with this opportunity and if we are able to continue on the track right now, we believe the city will save anywhere between $16 to 18 million by restructuring this debt we have,” Reed said.

His plan will be presented at tomorrow’s city council meeting for approval. Alabama News Network will keep you updated.