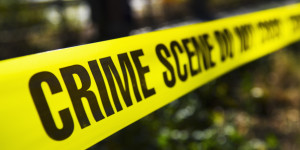 Police say the victims of the homicides were 39-year-old Marcus Brown and 31-year-old Abimael  Zunun, both of Montgomery.

Police say they and fire medics responded to the 1100 block of Barley Drive about 4:20 p.m. after getting a report of a shooting. That’s where they found Brown, who died later at a hospital.

Then about 11 p.m., they got a call of another shooting in the 200 block of South Hopper Street. They found Abimael Zunun who was pronounced dead at the scene.

Police are still investigating what led to the shootings. No arrests have been made.

If you have information that can help them, call CrimeStoppers at (334) 215-STOP.

Bruce Pearl Agrees to Contract Extension to Remain at Auburn